Earlier on this term, the children enjoyed designing posters to advertise a gladiator show. They learnt about the importance of these shows as this was the main entertainment for the Roman society. To begin with, we acted out various scenes of different gladiators and the role of the Roman emperor. 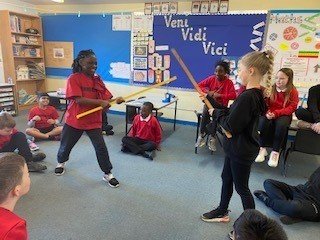 We went on to write a story based on the novel

The children really enjoyed writing about life in Rome during 750Bc and how the Romans coped with natural disasters at that time.

Here is our story map 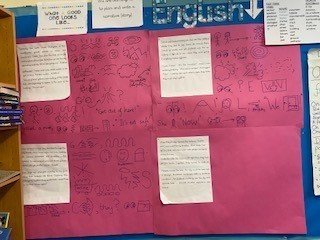 In art, the children explored the designs Roman mosaic tiles that could be found in Roman baths.

We are now in the process of writing a non - chronological report and the children are carrying out their own independent research and finding facts that interests them. Here is our working wall full of facts based on The Roman Army, Roman towns and roads and Roman lifestyle. 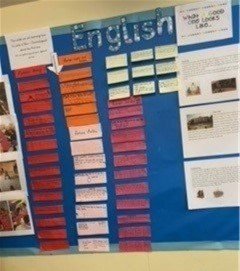